Franchising – What you should know 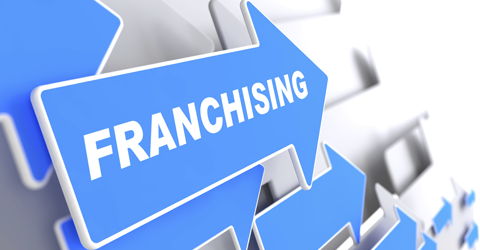 FRANCHISING – WHAT YOU SHOULD KNOW !

Franchising is the concept of using a successful business model and replicating it over and over again. The franchise model should have been in use for several years to establish a proven track record that can be taken and expanded successfully to other areas. Factors that directly relate to the success of a franchise concept are as follows.

Some concepts are only successful in certain areas such as: a surf board business in the dessert would not be appropriate and hence not successful. Other factors can affect the success of a proven concept. For instance, the advertising approach that works in the mid western United States may not be appropriate for use on the west coast. In this case that concept may only be successful if the advertising is tailored to the geographic location. In general, the success or failure of franchises are mostly predictable. The general perception of the would be entrepreneurs is that the probability of their success is increased if they join a franchise organization. This isn’t necessarily true. It is a myth that was perpetuated with numbers that were not audited. I will quote an article that appeared in the August 2013 edition of “ Entrepreneur” magazine
“ But the most comprehensive study was conducted in 1994 by Timothy Bates, professor emeritus at Wayne State University. His analysis of 20,500 small businesses found that 65.3% survived after 4 years, compared to 72% of independent business. Retail franchises faired worse with a 61.3% survival rate , vs. a 73.1% of retail independent businesses”.

As the owner of a franchising company ( the original Gravel Doctor ) with 14 years of franchising experience I am in the unique position to address the forgoing statement by Timothy Bates. Firstly, I do not in any way question his findings and secondly I do not find them surprising. The costs associated with the start-up and operating expenses of a franchising company are not appreciated by the franchisees, let alone general public. The legal hoops that must be addressed are formidable, generally only the best funded corporations are equipped to handle the expense of start –up and ongoing costs that must be dealt with until cash flow is established. Legal documents that must be prepared should only be attempted by experts in that field – or – the resulting catastrophes could be akin to a tsunami. In the U.S. a franchise disclosure document must be prepared such as a Uniform Franchising Offering Circular along with another document detailing the franchise offering – but – in layman’s terms. In Canada the franchising company must be in compliance with the Arthur Wishart Act.

These costs must of course be passed on to the franchisee in the form of an increased up-front acquisition fee and ongoing royalties to fund the monitoring ( auditing ) of their businesses. The franchising company insisted that these fees are to benefit the over-all brand recognition of the franchise and that the franchisees benefit for this exposure. Although this is true, it reduces the business owner’s ability to deal with localized issues. The franchising company is interested in selling franchises, and to aid in their efforts they want to show as many profitable operations as possible. Because of that goal they restrict what the individual franchise owner can do with regard to addressing his/her own individual business concerns.

Ten years ago I chose to change the Gravel Doctor from a franchise based model to a owner / operator model. The Gravel Doctor incorporates as many of the attributes of the traditional franchise model as are possible to ensure your success, but without encumbering the individual business owner with the limitations and high costs associated with owning a franchise. There are no monthly reports to fill out ( this takes valuable time away from you operating of your business ), and of course no monthly fees – but still there is support from the Gravel Doctor when you request it.

In conclusion, do your own due diligence before you invest in any business. I don’t suggest you shy away from franchises – just don’t believe they are fool proof. No business venture is guaranteed to succeed no business sells itself. You must do the selling and you must do the work! No product sells itself.

I invite you to examine the Gravel Doctor opportunity and see if it might be a good “fit” for you and if you have any questions please email me at
norm@graveldoctor.com – or – call me @ 519-677-5935.

The Gravel Doctor ® fills an untapped market in road and surface restoration. Your Gravel Doctor includes an exclusive territory and presence on our website. Change your life with a money-making business. It’s an affordable green technology business opportunity!